By Paul Hatcher All Articles

Is it true that: the larger the organisation, the worse the customer experience?

Why is it that some of the worst customer experiences come from the massive organizations who, you would think, have the resources to provide a decent – if not great – service?

With Vodafone, I’ve had incorrect bills (to my detriment of course) and an often broken customer portal that means I can’t access my payment history to check. The word I would use to sum it all up: shoddy.

But that’s nothing compare to BT, where a routine fibre broadband order has become the worst customer experience I’ve ever had.

When I placed the order, I had no idea that I was about to enter a Kafkaesque zone of telco hell. ‘Kafkaesque’ is defined as ‘instances in which bureaucracies overpower people, often in a surreal, nightmarish milieu which evokes feelings of senselessness, disorientation, and helplessness. Characters in a Kafkaesque setting often lack a clear course of action to escape a labyrinthine situation’. It sums up what I’ve been through perfectly.

It’s a catalogue of disappointment. Live dates missed, assurances not honoured, they even cancelled the order themselves at one point, and despite hours of calls – mostly on hold of course – it feels no clearer to resolution. I even roped in my local MP to help (Alex Chalk – he’s been great). As I write another ‘go live’ deadline has passed, and I’ve just spent another 50 minutes on hold before being cut off. I could go on, but will spare you.

Suffice to say, no one has been able to give me a plausible explanation of the problem. I don’t actually think they know themselves. It’s been highly stressful as it’s a critical service to us, and downtime is not an option. Back in 2006 I smashed my kneecap, and that felt less painful.

So it made me think: is this what happens when you get so big? The larger you are, does it mean you just get too big to provide a decent experience? Do we, the little people, just have to put up with this shit?

You might say that the two I’ve mentioned above are easy targets. Or the telco sector perhaps lags some way behind others – I’d be interested on opinions about this. Of course I’ve made this post’s title deliberately provocative.  Yes I realise there are plenty of large organisations who get it right, and that bad customer experience plagues businesses of all sizes – no need to point this out to me.

I haven’t (just) written this article just to get some sort of petty vengeance (though there is some cathartic value). There is a point I want to make here…

It’s not the fault of the people at the end of the phone (if you’re lucky enough to get through to them), it’s the Service Design that’s rubbish

I want to stress that most of the individuals I’ve dealt with at both companies have been great – they do appear genuinely concerned and do try to help – even if ultimately ill-equipped to sort things out. I want to distinguish between the service they try to give and the service design that they have to operate within. I believe that it’s the latter that’s the problem in both cases. And if that isn’t right, what can the support team do except firefight?

The architecture of the customer journey – the Service Design – is the responsibility of the leadership. And I suggest that a poor customer experience, whatever the symptoms, reflects how much the leadership values it. Is it placed as a central driving force for the business or more something that gets paid lip service – then is delegated down the command chain?

If it’s the latter, I expect it’s inevitable that the customer experience will suffer the larger and more complex your organisation gets.

A simple ‘law’ for customer experience and large business

I expect BT would say that Customer Experience is very important to them, and I doubt they set out to create the Kafkaesque nightmare that I’m caught in. But just saying it isn’t enough. You gotta walk the walk.

I think it deserves its own ‘law’, as in eponymous laws such as Parkinson’s Law, Moore’s Law, Murphy’s Law that you may be familiar with. I had a quick look to see if there’s anything that describes my beef here, and there isn’t. So let’s coin a new one:

The tendency that, unless it’s a driving force of the business, the quality of overall customer experience will degrade the larger an organization becomes.

Architecting and maintaining a seamless high quality customer experience is one of the hardest challenges an organisation has. No one is saying it is easy. But that doesn’t mean it can’t happen, and I think there’s no excuse if you’ve got the resources. And if you are in the midst of a work in progress then you can communicate this – an approach Gov.uk takes with their digital service blogs.

The returns of this approach are proven, and the business impact of providing poor experience is profound. Forrester looked at the top 10 customer experience leaders between 2007-2012 and found that they outperformed the S&P100 by 43%. The Customer Experience laggards underperformed by -34%.  They also found there was a 56.3% drop in ranty blog posts. 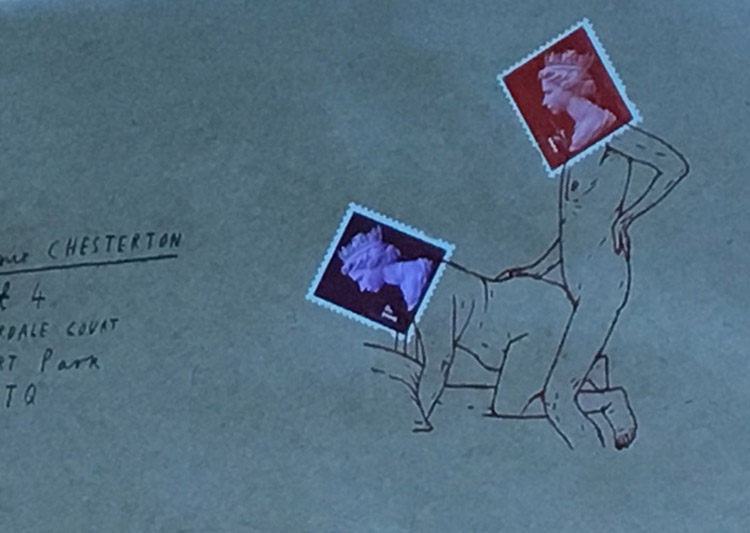 Using biases and memory errors in UX and digital design